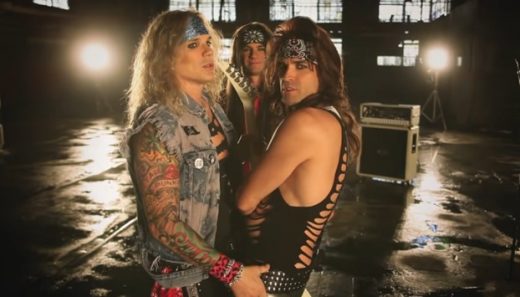 American rock band Steel Panther’s ‘If You Really Really Love Me‘ was played on the soundtrack of the season finale of the black comedy drama Peacemaker last night — Peacemaker, Season 1, Episode 8, “It’s Cow or Never“.

The track was heard during the episode’s opening as everyone is in the truck.


Steel Panther’s ‘If You Really Really Love Me‘ is from the band’s second album Balls Out, which came out in 2011 via the Universal Republic label.

The track was released as the lead single from the album.

Balls Out itself was critically well-received, and is still thought of as a kickass album that is a perfect example of superb heavy metal and comedy rock.

The track’s music video features the band members in an L.A. warehouse filming, eating, clowning around, performing the song and generally having a good time.

Listen to Steel Panther’s ‘If You Really Really Love Me‘ from last night’s Peacemaker in the song’s official music video.

Basically, if you really really love me, let me act like an ass and just put up with it, eh?

Oh and don’t worry, the first season of Peacemaker may be over, but HBO Max has already announced it’s definitely coming back.