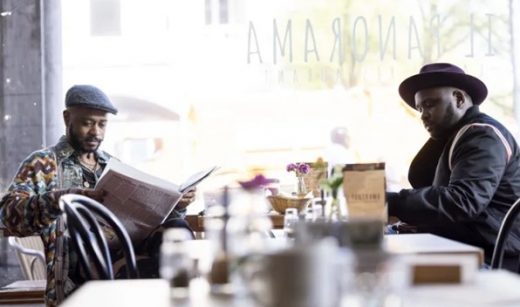 It was the song Al was listening to as he sees the rat.


Stereolab’s ‘The Flower Called Nowhere‘ is from the band’s fifth studio album Dots and Loops, which came out in 1997 on the Elektra and Duophonic labels, and was seen as a more accessible style rather than their previous more avant-garde releases.

The mellow song is a mix of pop and bossa nova, and was written to criticize the generation back then that they felt had forgotten about love, and were only interested in greed and desire.

As for Dots and Loops, it was critically well-received and a moderate commercial hit for the indie band, making it to #19 on the UK Albums chart, to #5 on the UK Independent Albums chart and to #111 on the Billboard 200 chart.

The album also charted in Norway and Scotland.

A remastered and extended version of Dots and Loops was released in 2019.

Listen to Stereolab’s ‘The Flower Called Nowhere‘ from last night’s Atlanta on the extended version of the band’s Dots and Loops album, and in the video.

And, of course, watch the latest season of Atlanta via FX.