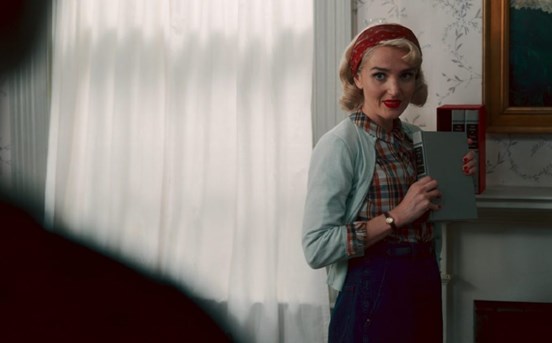 The bangin’ track was played over the end credits.

Still Corners’ ‘Cuckoo‘ is from the band’s debut studio album Creatures of an Hour, which was released via the Sub Pop label in 2011.

While not a commercial success for the pop duo, the album was critically well-received.

Since the release of Creatures of an Hour, Still Corners has also released four additional albums and a slew of singles.

In addition, the duo has become very popular with TV show music supervisors, with their songs appearing on popular shows like Nancy Drew, The Innocents, Made in Chelsea, Awkward and Gossip Girl.

Still Corners is British musician Greg Hughes and American singer Tessa Murray. The pair got together after a chance meeting on a train. They have been creating music together for more than a decade since.

Listen to Still Corners’ ‘Cuckoo‘ as heard at the end of Dickinson last night on the song’s official music video, and on the duo’s Creatures of an Hour album. The track itself is lovely.

Season 3 of Dickinson is streaming on Apple TV+.