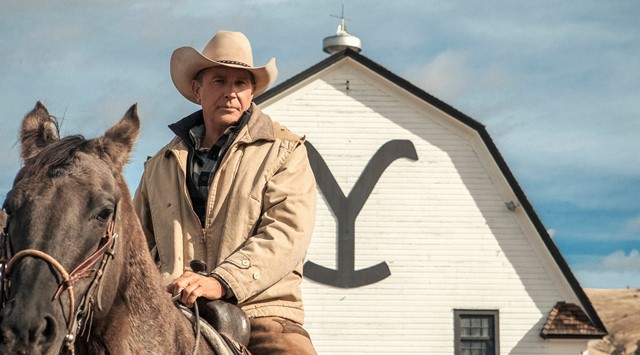 Country music singer songwriter Sturgill Simpson’s ‘Turtles All The Way Down’ was that song with the fabulous metaphysical style lyrics featured on the Paramount drama series Yellowstone this week — Yellowstone, Season 3, Episode 7, “The Beating” — it was the song that was playing as Mia and Rip are in the truck, and Mia is talking too much.

Sturgill Simpson’s ‘Turtles All The Way Down‘ is a country music ballad from the Kentucky native’s second studio album Metamodern Sounds in Country Music released on the High Top Mountain record label.

The track was released as the album’s second single in April 2014.

‘Turtles All The Way Down‘ is one of a slew of songs the massively popular Simpson has had featured on hit TV series, including songs on Hart of Dixie, Outcast, The Leftovers, Vinyl, Billions, Watchmen and The Bridge.

He has also had several other songs used on the soundtracks of previous episodes of Yellowstone.

Simpson wrote ‘Turtles All The Way Down‘ as a commentary on the classic Hindu myth that the world does not spin through space but instead travels through space resting on the back of an enormous turtle.

That turtle is also on the back of a larger turtle, with larger and larger turtles carrying each additional turtle all the way down into infinity.

You can listen to Sturgill Simpson’s ‘Turtles All The Way Down‘ as played on the soundtrack of Yellowstone this week in his official music video, and watch the latest episodes of Yellowstone at Paramount.