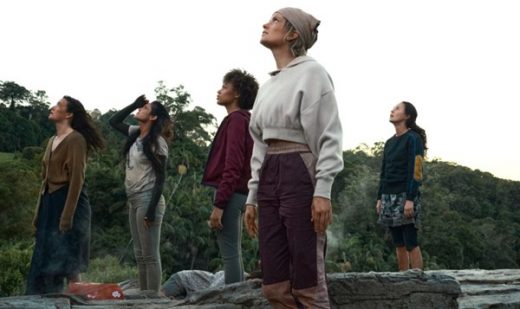 The song was played as Rachel and Nora are in the water at the beginning of the episode.


Taylor Swift’s ‘Epiphany‘ was released in 2020 on the singer’s eight studio album Folklore, which came out on the Republic record label.

It was one of two albums Swift released that year, and was a surprise release to both fans and critics.

The album was produced by Jack Antonoff and Aaron Dessner, with her vocals recorded in Taylor Swift‘s own home.

Upon release, Folklore was so ridiculously successful, it had the largest number of streams on Spotify for a female artist on the day it was released in the company’s history.

The album was eventually certified Platinum in seven countries including the UK and the U.S., as well as getting a Gold certification in Spain.

Listen to Taylor Swift’s ‘Epiphany‘ as heard on the second season of The Wilds on her Folklore album, and in the song’s lyric video.

There is also a cool live version of the song Swift performed for the Long Pond Studio Sessions you should watch below.