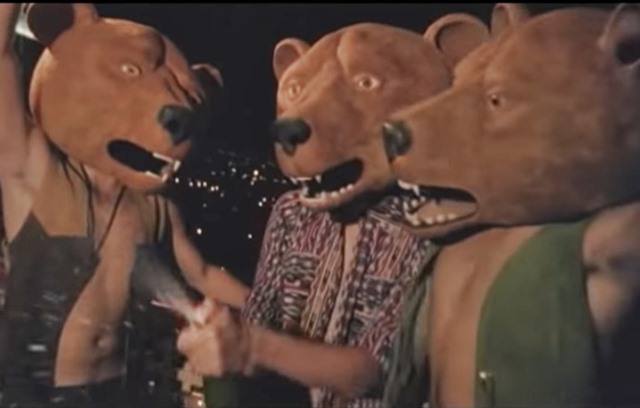 Because, let’s face it, we don’t get many Swedish bands showing up on hit American TV shows or getting top billing on them.


This song was heard in the episode as Courtney gets off the school bus and then continues playing over the end credits.

Teddybears’ ‘Cobrastyle‘ is from the band’s 2006 studio album Soft Machine, which was released on the Big Beat/Columbia record labels.

The track features Jamaican reggae artist Mad Cobra, with other songs on the album featuring luminaries like Annie, Iggy Pop and Neneh Cherry.

And, while the album was met with mostly positive noises from critics, Teddybears did still disappear for many years not long afterward only to reappear 10 years later with another completed album.

The current line-up of Teddybears is Patrick Arve, Joakim Ahlund and Klas Ahlund. Their latest music release is their album Rock On, which hit shelves back in 2016.

In other words, we are long overdue a release.

Also, while Rock On is certainly good in its own right , I still think the tracks on their earlier album Soft Machine, including ‘Cobrastyle‘, are even better.

Check out the official music video for ‘Cobrastyle‘ below, for instance, to see what I mean as the track is fun, catchy and pretty damned rockin’ for three dudes wearing bear costumes.