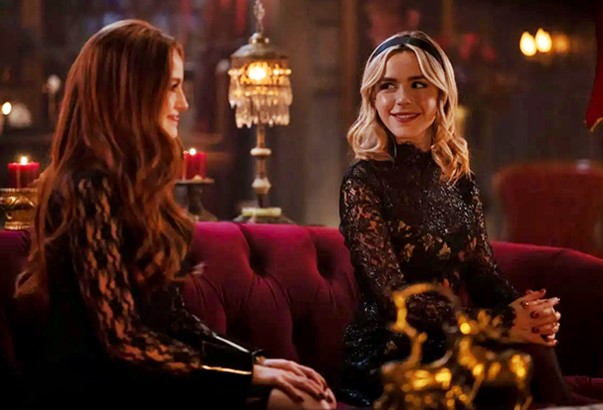 The classic 50-sounding song was heard as Poppy stops to eat.

The Bell Tones’ ‘I Love You Darling‘ was one of only a few songs the quartet recorded in the mid-1950s but, with breach of contract claims made by Hull Records when the group moved to a new record label, much of their work had problems ever being released.

The Bell Tones themselves broke up in the early 1960s after first changing their name to The Masters.

All we have left of the quartet in the current day are a few songs recorded on now defunct record labels that weren’t ever able to properly promote their songs in the first place.

Listen to The Bell Tones’ ‘I Love You Darling‘ from yesterday’s Riverdale below.

Meanwhile, six seasons in, and Riverdale is still one of the most popular shows on both The CW and Netflix.