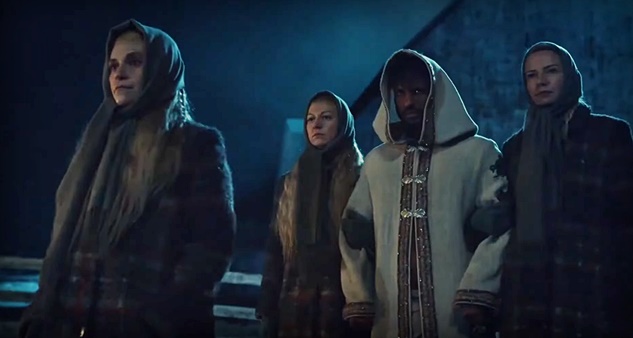 The mysterious-sounding track was heard as Mr. Ibis is writing, and Laura leaves the room.

The album was released in April, 2017 via indie label Partisan Records.

The 11-track album is known for its heavy, dark atmosphere and its mix of mysticism and politics.

The Black Angels’ ‘Life Song‘ is one of many songs the indie band has had licensed for popular American TV shows, including songs that have been played on the soundtracks of The Good Wife, Longmire, House M.D., The Originals, True Detective, Shameless, Person of Interest, Fringe and The Vampire Diaries.

It is also no wonder the track was chosen for play on American Gods, as it is just as dramatic and imaginative as the show.

Listen to The Black Angels’ ‘Life Song‘ as heard on tonight’s American Gods in the video, and on their album Death Song below.