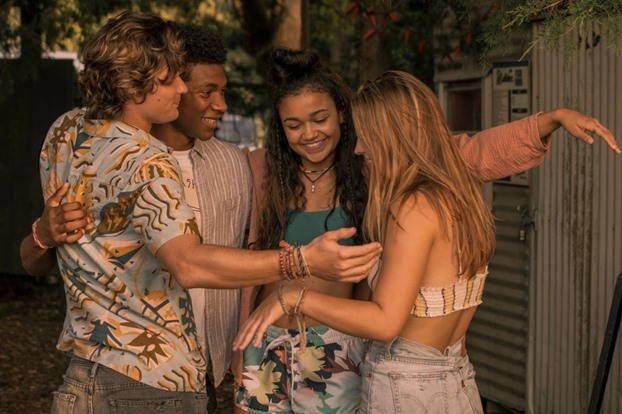 Atlanta-based garage rock band The Black Lips’ ‘Bad Kids‘ was played on the soundtrack of the new season of the Netflix series Outer Banks this week — Outer Banks, Season 2, Episode 1, “The Gold” — which was released on the streaming service yesterday (July 30th, 2021).

The track is from the band’s fourth studio album Good Bad Not Evil, which came out in late 2007 via the Vice record label, and charted at #18 on the U.S. Heatseekers chart.

The Black Lips have been around since 1999 with the fun fact being that Cole Alexander, the band’s guitarist and bassist Jared Swilley were actually kicked out of their high school after school administrators decided they were a ‘subculture danger’.

True panic by administrators, of course, as this came soon after the 1999 Columbine Massacre.

Makes me want to play their music even more!

Since the band was founded, they have released nine studio albums, three live albums, and an absolute slew of singles.

They have also had their music licensed for play on shows like Manifest, Reaper, Crazy Head, Roadies, About a Boy, and Dirty, Sexy Money.

The Black Lips’ ‘Veni, Vidi, Vici’ also showed up on episode 3 of the current season of Outer Banks.

Listen to The Black Lips’ ‘Bad Kids‘ as heard on Outer Banks in the video and on their Good Bad Not Evil album.

You can watch Outer Banks –– both seasons — on Netflix.