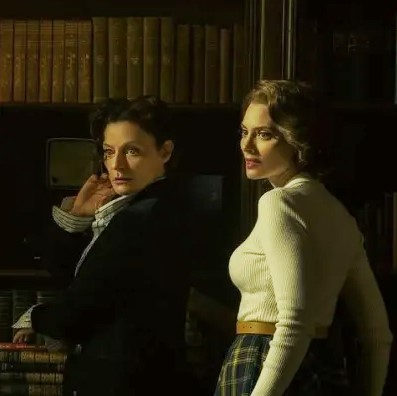 American punk band The Bouncing Souls ‘Badass‘ was one of the cool tracks featured on the new episode of the superhero series Doom Patrol this week — Doom Patrol, Season 3, Episode 4, “Undead Patrol“.

The song was heard as Laura and Kipling, along with the zombiefied team, are at the barn of the guy who stole Niles’ head kicking the asses of the were-butts.

And yep, it is a pretty funny scene. Especially with ‘Badass’ playing as the were-butts get trounced, and the team retrieve Niles’ head.

The Bouncing Souls’ ‘Badass‘ came out in 2010 on the band’s eighth studio album Ghosts on the Boardwalk, which released via the band’s own label Chunksaah Records. 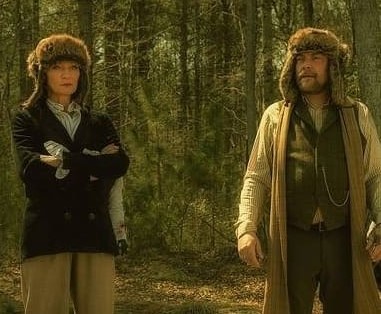 ‘Badass‘ was also released around the same time with a high-energy music video featuring old video clips of a slew of people or mammals being ‘badass’ — killer whales, kung fu fighters, Paul Newman, drag racers, John Wayne, Bruce Lee, Mr. T, King Kong, Clint Eastwood, escaping prisoners of war — along with a song that progressively gets wilder and faster as it heads to its conclusion.

Listen to The Bouncing Souls’ ‘Badass‘ as heard on Doom Patrol last night in that music video, and on the band’s Ghosts on the Boardwalk album.

The third season of the quirky, weird and often hilarious Doom Patrol is now airing on HBO Max.