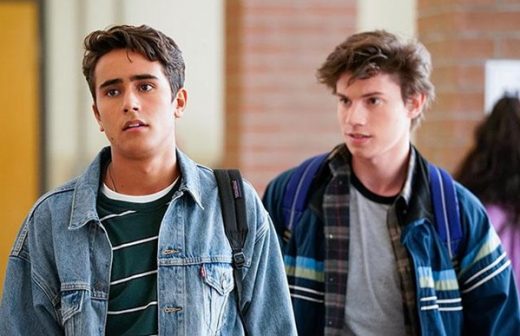 The song was heard as Dawn is having fun cleaning.

The Commodores’ Too Hot ta Trot‘ came out on the group’s 1977 album Commodores Live!, which was released on the Motown record label.

It is the only track on the album that was recorded in the studio instead of live.

It also charted on the UK Singles chart, and got another lease on life when it was also featured on the soundtrack of the Thank God It’s Friday movie.

Listen to The Commodores’ ‘Too Hot ta Trot‘ as heard on Season 3 of Love, Victor in the video and on their Commodores Live! album down below.

There is also a video of a live performance the group gave back in 1978 that is cool to watch. You’ll find that down there too.