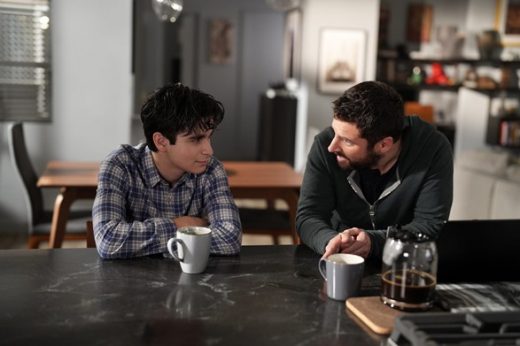 The song was heard during the montage as Gary is trying to help Danny break up with Milo, Eddie brings Anna lunch and as Gary finds Danny back together with Milo and making out.

The song was the third single from the album, and went on to chart in eight countries, including the United Kingdom and the U.S.

What’s interesting though is, considering ‘Just Like Heaven‘ is now one of The Cure‘s most famous and most-loved songs (with more than 266 million plays on Spotify alone), its highest charting position was in Ireland where it hit #15 on the Irish Singles chart.

Nowadays, if that same song was released though, it would easily make it to #1.

Watch the latest season of A Million Little Things on ABC.