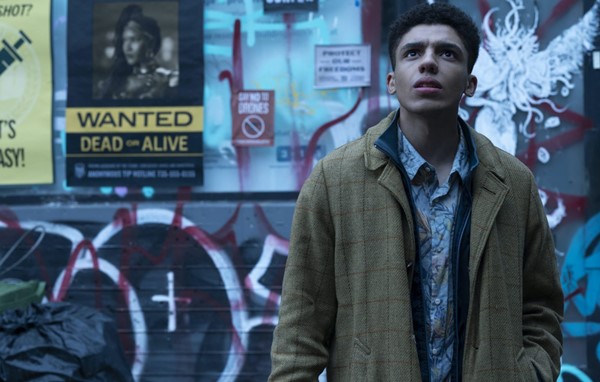 Released in 1976 via the Stiff record label, The Damned’s ‘New Rose‘ was the debut single from the band, and begins with one of the heaviest drum beats of any song from that era, followed by lead singer Dave Vanian’s almost-spoken and very powerful vocals.

A high-energy drum beat that has you dancing and head-banging the minute it begins.

As a single, The Damned released ‘New Rose‘ alongside a cover of the Beatles’ ‘Help‘ on its B-side. The song was then re-released on the Damned’s debut album Damned, Damned, Damned.

The track itself is now said to be the first ever punk rock single by a British band, as well as one of the best if not the best.

Listen to The Damned’s ‘New Rose‘ as heard on Titans last night in the song’s music video, and on the 30th anniversary extended version of the band’s debut album Damned, Damned, Damned.

I also recommend you listen to the entire album. It is one of the best of the last 50 years.