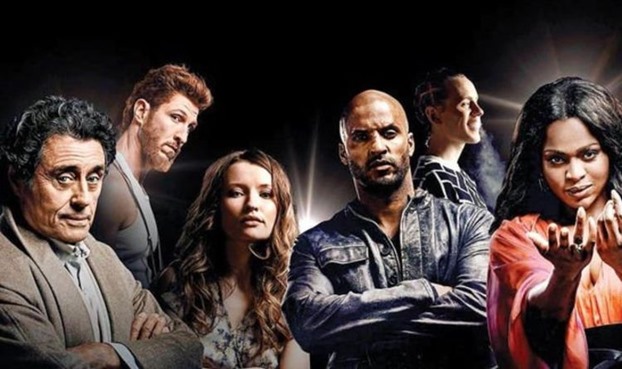 The new series, as usual, comes with superb songs, many you might not have been familiar with before.

Including one for me — The Dead South’s ‘In Hell I’ll Be in Good Company‘ — a track that was played as Sweeney’s body is about to be re-animated, and one I hadn’t heard before simply because I don’t listen to that much blue grass music.

Listening to this, though, I should as, hell, that’s a fabulous song.

The Dead South’s ‘In Hell I’ll Be in Good Company‘ is from the folk bluegrass band’s debut studio album Good Company, which was released in 2014 via Devil Duck Records.

The song itself became a big hit for the band on YouTube, where it has garnered almost 222 million views on its official music video so far. (continue reading and listen to The Dead South’s fabulous song after the promo…)

Listen to The Dead South’s ‘In Hell I’ll Be in Good Company’ as played on American Gods this week in that official music video, and on the band’s first album.

Episode 1 is currently streaming over there.