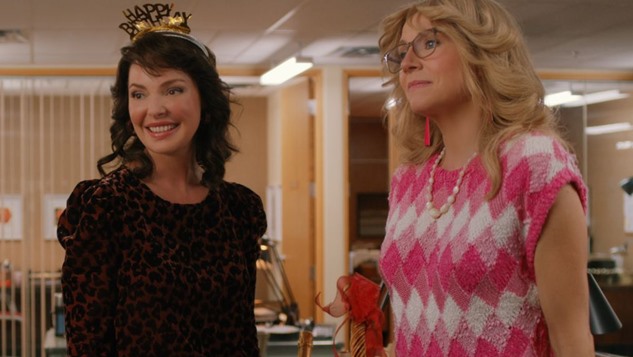 The Doobie Brothers’ ‘Jesus is Just Alright with Me‘ was that gospel-influenced song playing on the new season of Firefly Lane this month — Firefly Lane, Season 2, Episode 2, “On the Road“.

‘Jesus is Just Alrightwith Me’ was released by the iconic American rock band in 1972 as the second single from their sophomore studio album, Toulouse Street.


It wasn’t the first time the Art Reynolds’ written song had been released, however, as it originally came out in 1966 when The Art Reynolds Singers recorded it.

The Byrds rock band then recorded it in 1969, followed by The Doobie Brothers three years later after they had heard The Byrds version and loved it.

Their version became a huge hit in the United States, making it to #35 on the Hot 100 chart and charting on several smaller charts.

Interestingly too, it would normally have been lead singer Tom Johnston that would have sung vocals on the track but, because ‘Jesus is Just Alright with Me‘ requires a singer that can hit those high notes, it was the band’s guitarist Patrick Simmons that took the lead on the track.

Also interestingly, none of the members of The Doobie Brothers are religious, or likely to want to push religion on fans. They just liked the way the song sounded, so decided to record it.

Listen to The Doobie Brothers’ ‘Jesus is Just Alright with Me‘ as heard on Firefly Lane on the band’s Toulouse Street, and in the video.

A band that, by the way, was founded in 1970 and, other than a short break in the 80s, is still together today.

Listen to more songs from the Firefly Lane soundtrack on Leo Sigh.