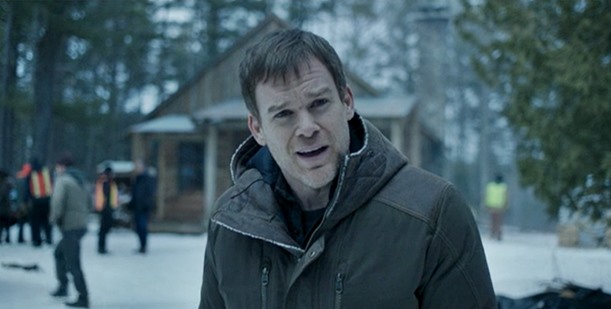 Country rock duo The Everly Brothers’ ‘All I Have To Do is Dream‘ was one of the songs licensed for play on Dexter: New Blood last night — Dexter: New Blood, Season 1, Episode 3, “Smoke Signals“.

The track played as the body is at the morgue being washed.


The Everly Brothers’ ‘All I Have To Do is Dream‘ was released by the singers in 1958, and is most notable for being the only song to appear at #1 on every U.S. singles chart at the same time.

It was also extremely popular in several European countries, but specifically in the United Kingdom where it received enormous radio play and hit the top spot on the country’s singles chart.

Since then, ‘All I Have To Do is Dream‘ has become the song The Everly Brothers are the most known for recording.

As for The Everly Brothers, the duo performed together from the late 1950s to the early 1970s before both brothers — Phil and Don — tried solo careers with very limited success.

They got back together in 1983 and performed and recorded together until 2006. Phil Everly sadly died in 2014 of a lung disease at the age of 74. His brother Don passed away earlier this year. He was 84.

Listen to The Everly Brothers’ All I Have To Do is Dream‘ from last night’s Dexter: New Blood below.

There is also a video of The Everly Brothers performing ‘All I Have To Do is Dream‘ in 1971, 13 years after the song’s release, that’s an interesting watch.