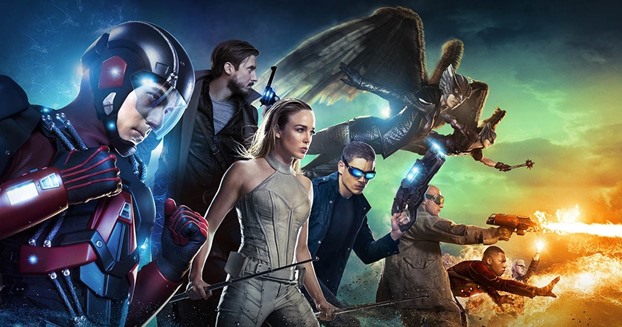 The upbeat, catchy song heralded The Legends arriving at Big Bang Burger, and is the first track the English band has had featured on a hit American show.


The Firebirds was founded in 1981 in Bristol, England, and has been releasing albums and performing live ever since.

Originally a five-member band, they are now a four-member band after former frontman John Plummer left the band.

The Firebirds has released 11 studio albums in the years between 1989 and 2015. The Firebirds’ ‘My Angel Lover‘ is from their 10th album Doo Wop Volume 2, which was released via Rockville Records in 2011.

Listen to The Firebirds’ ‘My Angel Lover’ from DC’s Legends of Tomorrow on that album below, and keep up-to-date on band news on their official website.

There is also a video of a cool live performance of the track that is well worth a watch.