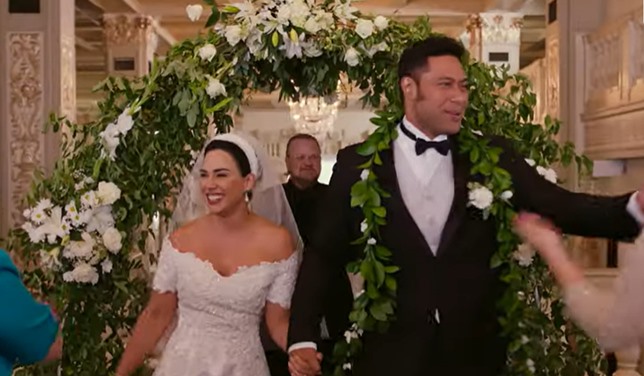 Western Samoan family pop group The Five Stars was one of the surprising artists showing up on the soundtrack of Young Rock last night, when The Five Stars’ ‘Pipa‘ was played on Young Rock, Season 3, Episode 2, “Rocky Sucks“.

The upbeat guitar-driven track was played as Dany and Dwayne are getting married.


The Five Stars’ ‘Pipa‘ is one of a slew of popular songs the New Zealand group has released since the group was founded back in 1974.

Their library includes nine albums, even more CD releases, and several albums that were certified Gold.

The Five Stars themselves were founded in 1974 when brothers Alofa and Solomona Tu’uga got together with relatives Samu Poulava-Selesele, Faifua Fa’atoe and Uili Misa, and decided to form a pop group.

The same line-up then performed together for more than 30 years.

While lead guitarist Alofa Tuuga Stevenson died in 2006, the band still remains together today with various family members joining the group through the last few years.

Listen to The Five Stars’ ‘Pipa‘ as heard on Young Rock last night on the group’s The Five Stars Collection, Vol. 1 album, and in the video.

It is one of those sweet, must-bob-my-head and dance along catchy songs perfect for a wedding, eh?

Season 3 of Young Rock is currently airing on NBC.