That utterly fabulous 1960s pop song ‘Build Me Up Buttercup‘ showed up on last night’s 9-1-1: Lone Star and, yep, it definitely stands the test of time.

The Foundations’ ‘Build Me Up Buttercup‘ was played on the soundtrack of 9-1-1: Lone Star, Season 3, Episode 5, “Child Care as Owen goes on a date, but then sees Danica’s car-jacked Jeep drive by and so commandeers his date’s car to set off in pursuit.

A fabulously perfect song for that scene, as it was Owen’s date that was ‘built up Buttercup’ and then let down.


The Foundations’ ‘Build Me Up Buttercup’ was released by the British soul band in 1968 and was an immediate hit.

In the UK, it hit #2 on the UK Singles chart, as well as to #1 in Australia and Canada, and #3 in Ireland and South Africa.

‘Build Me Up Buttercup‘ was The Foundations’ second hit single, and caused them to be the first multi-racial group (West-Indian, Sri Lankan and White British) to hit #1 in the UK.

An astounding result as, while the group sounded exactly like they were from Motown (Detroit), they were actually from London. 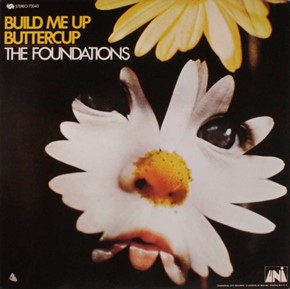 Listen to The Foundations’ ‘Build Me Up Buttercup‘ in the group’s official music video for the song, which interestingly was just released a couple of years ago.

You can also hear the song on The Foundations album — a compilation release featuring some of their hits.

And just a side note — ‘Build Me Up Buttercup‘ currently has more than 300 million plays on Spotify added up over its various releases.