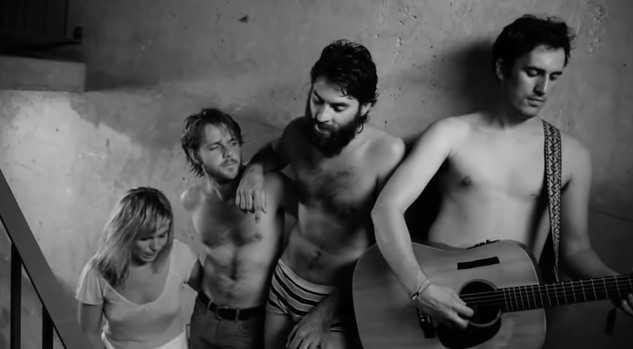 American indie folk rock band The Head and the Heart’s ‘Winter Song‘ showed up on the teen drama Home Before Dark last night — Home Before Dark, Season 2, Episode 9, “The Biggest Life” — which aired on August 6th, 2021.

The song was heard playing after Syl’s death and as the family is dealing with their loss. It continues as Matt is out on the water, and as Hilde is sitting in Pop Pop’s room.

The Head and the Heart‘s ‘Winter Song‘ is from the band’s debut self-titled studio album.

The album was released in April, 2011 via the Sub Pop record label.

Its highest placing was at #3 on the Billboard Folk Albums chart.

‘Winter Song‘ also has an official music video featuring the band members performing the song while standing in a stairwell in just their underwear.

Odd, but strangely beautiful, even in its incredibly raw sound.

Listen to The Head and the Heart’s ‘Winter Song‘ as heard on Home Before Dark in the song’s music video, and on the band’s debut album below.