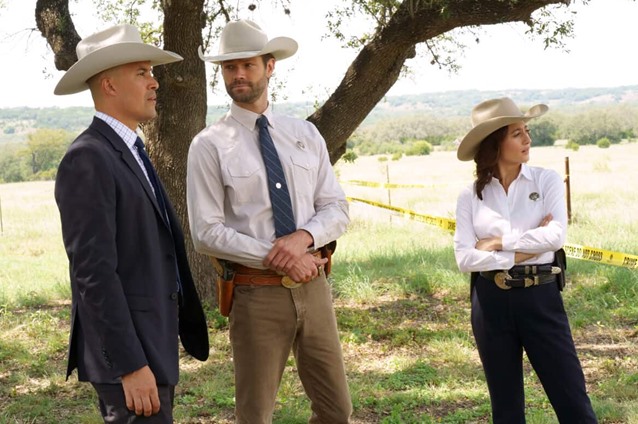 The track was played as the thieves are stealing the horses.


The Heavy’s ‘Short Change Hero‘ was released on the band’s second studio album The House That Dirt Built, which came out in late 2009 via the indie record label Counter.

Fans of the Sky TV spy drama Strike Back will likely remember it as that show’s theme song, and players of the video games Borderlands 2 and Driver: San Francisco will definitely remember it from those game’s soundtracks.

Interestingly too, while The Heavy’s ‘Short Change Hero‘ was never released as a single by the band, it did still climb up the French singles charts, ultimately ending up at #109 in that country.

The 11-track album it came from — The House That Dirt Built — also spawned the band’s biggest hit so far — “How You Like Me Now?”.

Listen to The Heavy’s ‘Short Change Hero‘ from last night’s Walker in the video, and on the band’s The House That Dirt Built album below.