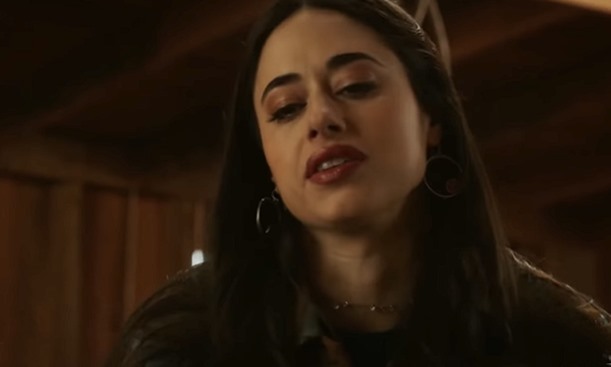 The song played as Maria gets the information from Theo’s mind that she and Isobel need.

The Ink Spots’ ‘I Don’t Want to Set the World on Fire‘ was written by Durham Eddie, Bennie Benjamin, Eddie Seiler, and Sol Marcus in the late 1930s, and is a now-classic track that was released by the group in 1941 as a cover song.

At the time of its release, the track peaked at #4 on the U.S. Pop Chart, and has since become synonymous with the group.

In the modern day, the song has become popular again due to its use in several video games in the post-apocalyptic Fallout franchise.

Listen to The Ink Spots’ ‘I Don’t Want to Set the World on Fire‘ as heard on Roswell, New Mexico in the Spotify widget and in the video.

Season 3 of Roswell, New Mexico is currently airing on The CW, with a fourth season of the popular series already greenlit.