The Jimi Hendrix Experience’s ‘The Wind Cries Mary‘ was the song played at the end of last night’s SEAL Team, as Rick and Jason pick up Sonny and Clay after all four have experienced an incredibly weird day — SEAL Team, Season 5, Episode 12, “Keys to Heaven“.

The Jimi Hendrix Experience’s ‘The Wind Cries Mary’ was originally released on the band’s debut studio album Are You Experienced, which came out in May, 1967 via the Track record label.

(Listen to the album down below).

The rock ballad was written about Hendrix’s girlfriend at the time, as a somewhat ‘reconciliation song’ after the couple had had an argument.

The song was released as a single from the band’s debut album, and shot to #6 on the UK Singles chart. It was also one of the songs Hendrix loved to play live. 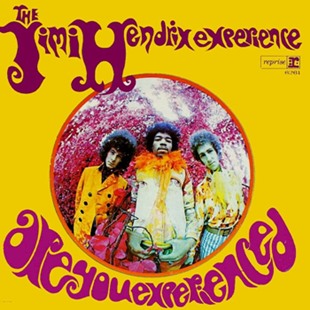 The band’s Are You Experienced album was similarly successful, charting in five countries, with one of its highest rankings on the Billboard 200 chart at #5.

It has since been certified 5 x Platinum in the U.S, and has gone down in history as one of the All Time Best Albums ever released.

Listen to The Jimi Hendrix Experience’s ‘The Wind Cries Mary‘ from last night’s SEAL Team in the video, and on the band’s album below.

The song is a simple, mellow, pretty song that at first listen seems like a ‘nothing’, but then worms its way into your very being.

And that was one of the many beauties of Hendrix, wasn’t it?