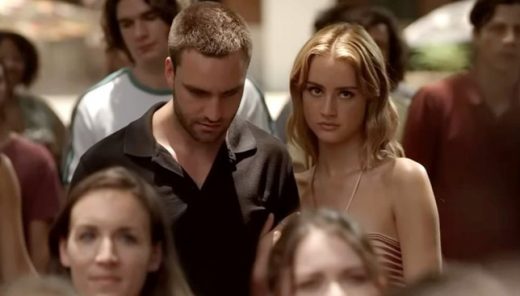 Alternative rock band The Killers’ ‘Smile Like You Mean It‘ was the song playing on this week’s episode of Tell Me Lies last night — Tell Me Lies, Season 1, Episode 7, “Castle on a Cloud“.

The song was played during the scene where Lucy, Stephen, Brie and Evan are driving to the lake house, and Stephen gives Lucy part of the bowling ball.


The Killers’ ‘Smile Like You Mean It‘ was the third single from the band’s debut studio album Hot Fuss, which came out in 2004 on the Island and Lizard King record labels.

The track charted in the UK, Australia, Ireland and the United States, with its highest showing at #11 on the UK Singles chart.

The song was written by members of The Killers and talks about getting older, and just having to accept it even if things don’t always turn out the way you wished they would.

Listen to The Killers’ ‘Smile Like You Mean It‘ as played on Tell Me Lies, in the song’s music video and on the band’s Hot Fuss album.

The music video has the band as ghostly figures in a house they lived in as children.