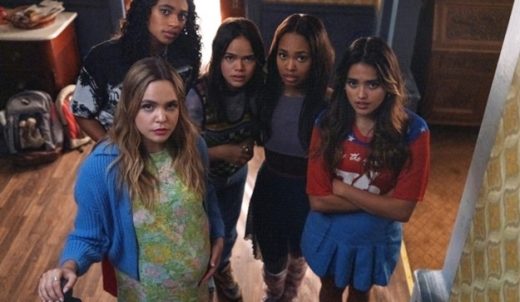 The song was released on the duo’s third studio album Midnight Boom, which came out in 2008 via the Domino record label.


And, while the album had five single releases from the 13 tracks on the album, ‘Sour Cherry‘ was not one of them.

Midnight Boom, however, charted in 7 countries, including the United States where it made it to #1 on the Heatseekers Albums chart, and to #16 on the Independent Albums list.

Apparently, The Kills’ ‘Sour Cherry‘ is also so well-liked by TV show music supervisors, it has been played on the soundtracks of shows like Lost Girl, 90210, The House Bunny, Gossip Girl, The Blacklist and The Secret Life of Pets in the last few years.

Listen to The Kills’ ‘Sour Cherry‘ from this week’s Pretty Little Liars: Original Sin release on the duo’s Midnight Boom album, and in the video, and you may hear why.