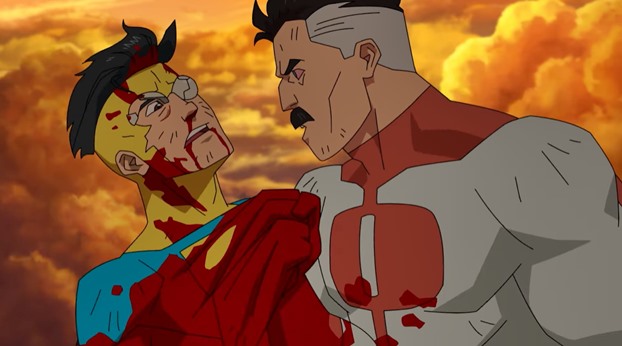 American indie folk rock band The Lighthouse and The Whaler’s ‘We Are Infinite‘ was played on last night’s season finale of the superhero animation series Invincible on Amazon Prime — Invincible, Season 1, Episode 8, “Where I Really Come From“.

You know, that episode that was pretty much all-fight, and with a helluva big reveal.

The song was played as the sun rises on the world after everything has changed.

The Lighthouse and The Whaler’s ‘We Are Infinite‘ is from the band’s third and most recent studio album — Mont Royal — which was released in 2015 via Roll Call Records, and is a song with a gorgeously haunting melody and plaintive vocals.

The Lighthouse and The Whaler is still currently active, with their latest release the EP Paths in 2017.

Listen to The Lighthouse and The Whaler’s ‘We Are Infinite‘ in the video and on the band’s Mont Royal album below. A song that seems to have launched a whole new set of fans for the band after its Invincible inclusion.

As for Invincible Season 2, it was confirmed to have been greenlit along with Season 3 this week. Yay!

Season 1 of the series is streaming on Amazon.