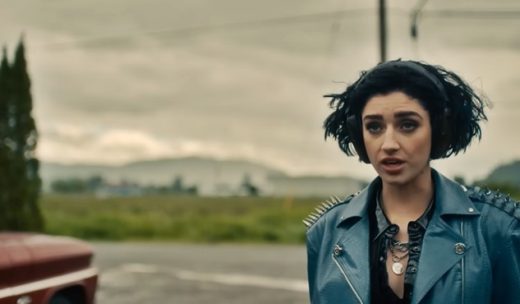 American psychedelic pop band The Marias’ ‘Hush‘ was that track playing over the end credits of episode 6 of the new Netflix series The Imperfects this week — The Imperfects, Season 1, Episode 6, “Lest Ye Become a Monster“.

It is a song that has been incredibly popular with TV show music supervisors this year, having also been licensed for play on Promised Land, First Kill and Partner Track just in the last couple of months.


The Marias’ ‘Hush‘ was released on the band’s debut studio album Cinema, which came out in 2021 on the Atlantic Records label, and charted at #175 on the Billboard 200 soon after.

The Marias, by the way, was founded in 2016 and comprises Puerto Rican lead singer Maria Zardoya, along with her boyfriend and drummer Josh Conway, keyboardist Edward James and guitarist Jesse Perlman.

Listen to The Marias’ ‘Hush‘ in the song’s music video, which begins with lead singer Zardoya wearing a red body suit in an all-white room, as she crawls across to a TV.

The video’s striking visuals were influenced by the cinematic style of Spanish director Pedro Almodóvar.

You can also hear the song in the indie band’s Cinema album, and listen to more cool tracks from The Imperfects soundtrack here on Leo Sigh.