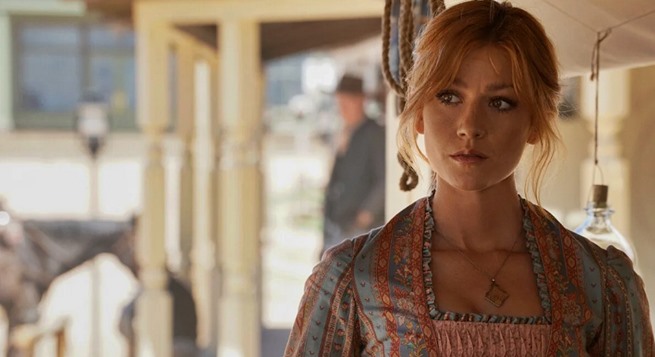 The song is from the band’s debut studio album Reeling, which came out in 2022 via the Fiction record label.

Their latest release, a four-track EP called All These Things, came out in October, 2022.

Listen to The Mysterines’ ‘Under Your Skin’ as heard on last night’s Walker: Independence in the visualizer video and on their Reeling album below.

There is also a live performance the indie band gave of the song in Liverpool last year that is a nice listen down there too.

The first season of Walker: Independence , the prequel to the popular Walker series, is currently airing on The CW.