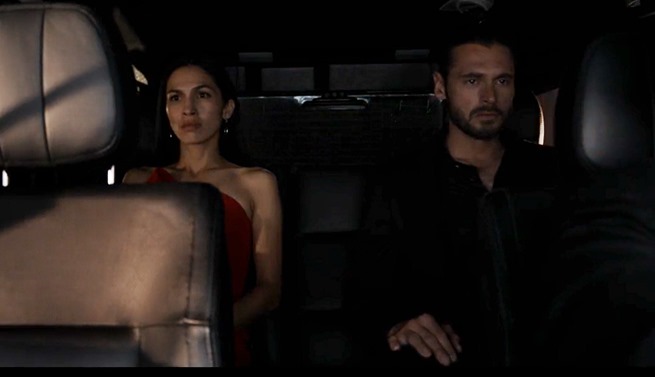 The American alternative rock band The National’s ‘I Need My Girl‘ was that gorgeous song with its hauntingly repetitive guitar playing on The Cleaning Lady last night as Thony and Arman walk away from Kamdar, leaving Maya behind — The Cleaning Lady, Season 2, Episode 7, “Truth or Consequences”

A song that was even more poignant as we hear it continuing to play as Maya’s body is being pulled out of the river.


The National’s ‘I Need My Girl‘ was originally released in 2013 on the indie band’s sixth studio album Trouble Will Find Me as the album’s fifth single.

Interestingly, as stunningly beautiful and almost mesmerizing this track is, it still only charted worldwide on two different charts in Belgium, despite it being commercially released as a single in the U.S., UK and Australia.

It has, however, been incredibly popular with both The National‘s fans, and movie and TV music supervisors.

And music supervisors have loved the song so much, it has been licensed for play on shows like You, The Mindy Project, Parenthood, Covert Affairs, and Downward Dog, as well as in the movies Entourage and Man Up.

The National’s ‘I Need My Girl‘ music video was also as equally striking as the song. Filmed in black and white, it simply features a man and a woman dancing together against a stark, black background.

As they dance, things subtly change, until they are joined by other couples of all ages and races — just dancing together.

And the standout line from this song? Undoubtedly…

I keep feeling smaller and smaller

Because haven’t we all felt like that at least once while being in love?

Listen to The National’s ‘I Need My Girl‘ as heard on The Cleaning Lady in that music video, and on this amazing band’s Trouble Will Find Me album.

Watch Season 2 of The Cleaning Lady on Fox.