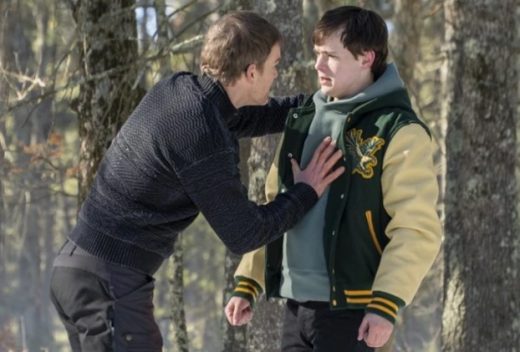 It was one of several somber tracks featured on the show. This one playing as Harrison is driving through town and away.

The National’s ‘I Should Live in Salt‘ is the first track on the indie band’s sixth studio album Trouble Will Find Me, which came out on the 4AD record label in May, 2013.

The album was not only universally critically-acclaimed, it also charted in 22 countries, and did particularly well in the United States, where it made it to #1 on both the Top Rock Albums chart and on the Independent Albums chart, and #3 on the Billboard 200 chart.

It is also an album that featured an enormous number of other iconic musicians recording with The National lads, including Sharon Van Etten, Annie Clark (St. Vincent), Beirut’s Kyle Resnick and Sufjan Stevens.

Listen to The National’s ‘I Should Live in Salt‘ from last night’s Dexter: New Blood down below. While somber, it is beautiful.

And, of course, perfectly chosen for last night’s Harrison scene:

You can also listen to their Trouble Will Find Me album in its entirety down there too.