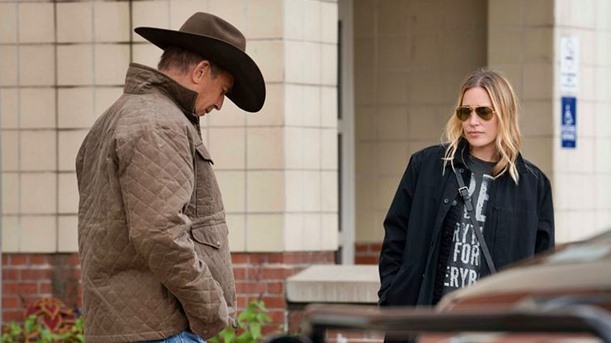 The Panhandlers’ ‘West Texas in My Eye‘ was one of the fabulous country songs featured on the hit western drama Yellowstone last night — Yellowstone, Season 4, Episode 6, “I Want To Be Him“.

The song is from the four-member band’s self-titled debut studio album, which was released via the Texas-based indie label Motel Time Music last year.

An album that didn’t get the attention it deserved as it unfortunately dropped right before the panic over Covid-19 kicked off, and half the world shut down.

(Reminder: The virus has a 99.5% survival rate, and I will never change my mind over the idiocy of our politicians, and the immense damage they have caused worldwide with their lockdowns, masks, vaccine mandates and other hysteria).

Thanks to Texas Governor Abbott, however, Texas is now getting back to real normal a lot sooner than much of the rest of the U.S., which means The Panhandlers can now properly get their career back on track.

The Panhandlers’ ‘West Texas in My Eye‘ is a guitar-based track that is, interestingly, sung by all four band members — William Clark Green, John Baumann, Cleto Cordero and Josh Abbott — one verse at a time .

The song, like much of their music, is all about the love they have for their state and the people in it.

Something I understand as, having lived in Texas myself for almost 10 years, even if I no longer live there, I can still say there really is nowhere else like Texas.

Listen to The Pandhandlers’ ‘West Texas in My Eye‘ on the band’s debut album, and on the official music video for the song below.

The track is the first song the band has had played on a hit TV show but, with how cool the Texas-based band’s music is, it’s not likely to be their last.

Learn more about The Panhandlers on their official website.