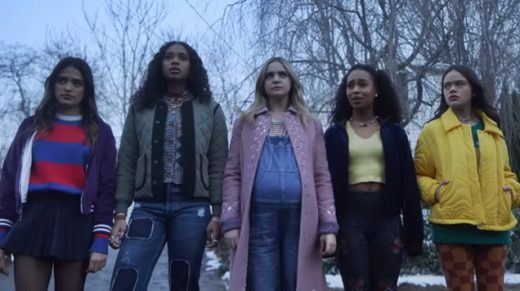 The song was playing as the girls are at the school trying to persuade everyone to give blood.


The Regrettes’ ‘Poor Boy’ is one of almost 25 singles the band has released between 2015 and the present day.

It was released in 2018 via Warner Records, and is one of a number of songs the indie band has had played on hit TV series.

Shows that include 13 Reasons Why, The Bold Type, Shameless and Ginny & Georgia.

The four-member band itself was founded in Los Angeles, and is often described as a feminist, girl power band as many of their songs are written about women’s empowerment.

In the case of ‘Poor Boy‘, the song was written to bring attention to sexual assaults and to the men that commit them.

Listen to The Regrettes’ ‘Poor Boy‘ from last night’s Pretty Little Liars: Original Sin on the song’s animated lyric video, and in the Spotify player.

Watch the trailer for the final three episodes of Pretty Little Liars: Original Sin down below, and listen to more songs from the popular series on Leo Sigh.