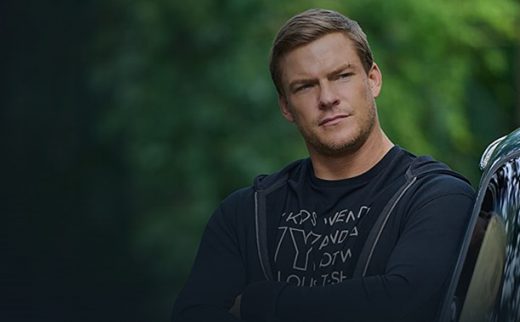 The Amazon Prime Video crime thriller series Reacher kicked off yesterday, with a track from The Rolling Stones on its first episode.

That track was The Rolling Stones’ ‘Can’t You Hear Me Knocking‘, and it showed up on Reacher, Season 1, Episode 1, “Welcome to Margrave“.


The Rolling Stones’ ‘Can’t You Hear Me Knocking‘ is one of the longest songs the Stones has ever released, clocking in at more than seven minutes long.

It is known for its almost five-minute long ‘jam session’.

The guitar-driven track came out on the English band’s massively successful album Sticky Fingers, which was their 11th studio album.

Sticky Fingers was the first album the band released on their own record label, after moving away from Decca Records and London Records.

‘Can’t You Hear Me Knocking‘ has since been named one of the Best Guitar Songs of All Time, and has been played live by the band many times since its release.

As for Reacher, the new crime series is based on the best-selling novels by Lee Child. The show stars Alan Ritchson, Malcolm Goodwin, Willa Fitzgerald and Chris Webster, and is currently streaming on Amazon Prime.

Listen to The Rolling Stones‘ ‘Can’t You Hear Me Knocking‘ from Reacher in the video, and on the remastered version of their Sticky Fingers album.