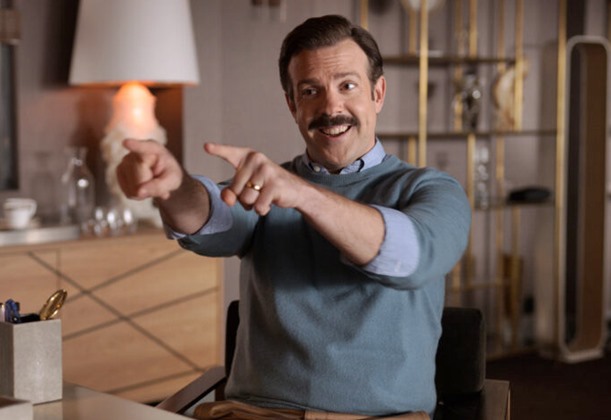 The Rolling Stones’ ‘Yesterday’s Papers‘ was played on the soundtrack of the series finale of Ted Lasso last night — Ted Lasso, Season 2, Episode 12, “Inverting the Pyramid of Success“.

The song was heard as Ted is leaving his apartment.

The Rolling Stones’ ‘Yesterday’s Papers‘ was first released back in 1967 on the iconic band’s seventh studio album Between the Buttons. Interestingly, it was also the first song Mick Jagger wrote for the band.

The album itself charted in the UK at #3 on the Albums chart, #2 on the then Billboard Top LPs chart and #25 on the French SNEP Albums chart.

And, while Between the Buttons nowadays is probably one of the Rolling Stones less famous albums, as far as some critics go it is still one of their best.

In today’s more sophisticated music world, however, The Rolling Stones’ ‘Yesterday’s Papers‘ wouldn’t stand out as it really is a very simplistic song with a melody that is hard to grab hold of and lead vocals that are quite weak.

But the music supervisors of Ted Lasso liked it enough to include it on that hit show at least.

Listen to The Rolling Stones’ ‘Yesterday’s Papers‘ as heard on last night’s Ted Lasso on their album Between The Buttons and in the lyric video.

Oh and by the way, if you’re sad Season 2 of Ted Lasso has come to an end, no worries, Apple TV+ has already renewed the hit show for a third season.

You’ll find a lot more of the songs that have appeared on the Ted Lasso soundtrack on Leo Sigh.