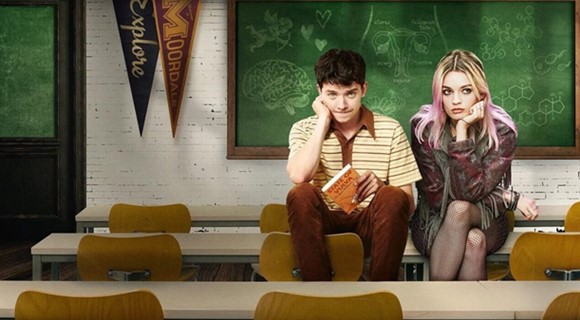 The hit British comedy drama series Sex Education is back on Netflix this week and, with it, some of the best music on a soundtrack.

One of the superb musical offerings on the first episode of the new series — Sex Education, Season 3, Episode 1 — was the American power pop group The Rubinoos’ ‘I Think We’re Alone Now‘, which was heard on the episode during its opening montage.


The Rubinoos’ ‘I Think We’re Alone Now‘ is the only release from the pop group that has ever charted, and it did that when it reached #45 on the U.S. Singles chart back in 1977.

That has not stopped The Rubinoos obtaining a somewhat cult following, however, nor has it stopped them from continuing to perform and record music for more than 50 years.

The band even signed with a new record label in 2018, Yep Roc Records, which culminated in them releasing another album — their 12th — called The CBS Tapes three years later.

Listen to The Rubinoos’ ‘I Think We’re Alone Now‘ as heard on Sex Education in the video of a cool live performance the band gave back in Oslo a few years ago, along with the original on their self-titled debut album down below.