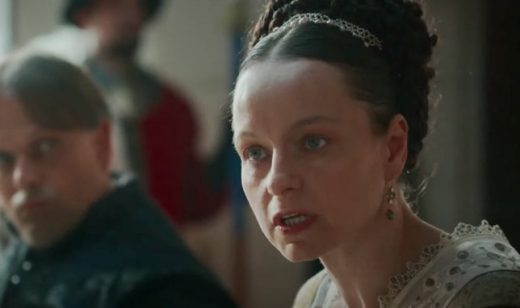 British post-punk all-girl band The Slits’ ‘I Heard It Through The Grapevine’ was played on the new episode of The Serpent Queen, Season 1, Episode 5, “The First Regency“.

The song was played at the end of the episode and continued playing over the end credits.


The Slits’ ‘I Heard It Through The Grapevine” was released as a bonus track on the band’s debut studio album Cut, which came out in September, 1979.

The album was named by several music critics as one of the best British albums of all time, and was also named as a big influencer for other post-punk bands.

The Slits themselves were founded in 1976 and broke up in 1982 after releasing just two albums and a handful of singles and EPs.

They regrouped in 2005, with Ari Up and Tessa Pollitt as the original members while others were new. They broke up again in 2010 after releasing just one album, and have since shown no signs of getting back together.

A pity, as their early releases featured some of the best and most interesting indie music of that era.

Listen to The Slits’ ‘I Heard It Through The Grapevine‘ from The Serpent Queen in the video, and on the band’s Cut album.