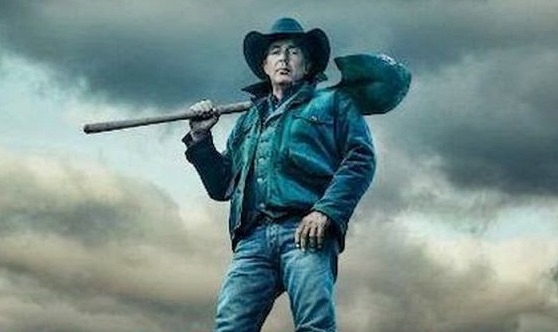 Nashville-based country music group The Steel Woods’ ‘Blind Lover‘ was played on the latest episode of the incredibly popular series Yellowstone on Sunday night — Yellowstone, Season 4, Episode 3, “All I See Is You“.

The song was heard as Travis is talking about heading to the Four Sixes ranch with Jimmy.

The Steel Woods’ ‘Blind Lover‘ was originally released on the country band’s sophomore studio album Old News, which came out in 2019.

The track is a classic rocking country song that, if you heard it in a bar, would have you up and dancing in no time at all.

The Steel Woods was founded in Nashville in 2016 and is made up of current members Wes Bayliss, Johnny Stanton, Isaac Senty and Tyler Powers.

Since its founding, the band has released three full-length albums.

‘Blind Lover‘ is the second song the indie band has had featured on Yellowstone in as many years, with their song ‘Axe’ also being played on the show back in 2019.

Listen to The Steel Woods’ ‘Blind Lover‘ as played on Yellowstone in the video, and on the band’s Old News album.