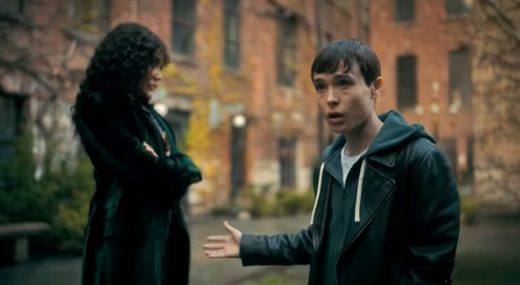 The Umbrella Academy Season 3 trailer is not only one of the best Netflix trailers, due to its high-energy action and funny one-liners, it was also a banger of a trailer because of the song used on its soundtrack — The Struts’ ‘Ballroom Blitz‘ — which played throughout.

Watch the trailer below to see just how cool it is.

As for ‘Ballroom Blitz‘, the song was released by the British indie rock The Struts as a single from the coming-of-age movie The Edge of Seventeen in 2016.

The song is a cover of the original mega-hit song from glam rock band The Sweet, which first came out in late 1973.

It was written after a The Sweet concert where the band were pelted with objects from the audience, forcing them to leave the stage — a true ‘Ballroom Blitz’.

Since its release, ‘Ballroom Blitz‘ has become one of The Sweet’s signature songs.

The Struts version of the song was specifically recorded for The Edge of Seventeen, and definitely does justice to the original recording, particularly with the vocals.

Listen to The Struts’ ‘Ballroom Blitz‘ as heard on The Umbrella Academy trailer in that trailer below, in the video and on the Spotify player.

You can also hear the original The Sweet version of the bangin’ track on that band’s Strung Up album down there as well.

And, of course, listen to more songs from The Umbrella Academy on Leo Sigh.