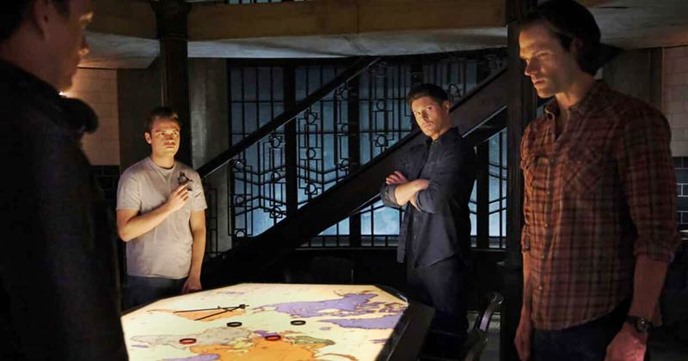 After 15 glorious seasons, the wonderful dark fantasy series Supernatural is coming to an end, with the series finale set to broadcast next week.

Last night’s Supernatural episode, however, continued to keep up the stellar work the music supervisors have done over the years, featuring two stellar songs that were perfect for the feel of the show and of Sam and Dean, its main characters. (Supernatural, Season 15, Episode 19, “Inherit the Earth“).

One of those songs, the American rock band The Youngbloods’ ‘Get Together‘ was heard as Jack resurrects everyone and, again, was a fine example of the deep emotion of the show and of the music chosen to accompany it.

The Youngbloods’ ‘Get Together‘ was first released on the band’s self-titled debut album way back in 1967. It was written as a way to ask people to choose peace over anger. Brotherly love over hate. The band released it again in 1969, which is the version of the song we tend to hear the most nowadays.

‘Get Together‘ became The Youngbloods’ most iconic song, and one that is often referenced when it comes to the peace movement of the 1960s.

Interestingly, however, the song was not originally released by the rock band.

Instead, the first release of the track was three years before in 1964 when it was recorded by folk pop music group The Kingston Trio as ‘Let’s Get Together‘. It was then recorded a second time by Jefferson Airplane in 1966. (article continues below…)

Since its 1960s release, ‘Get Together‘ went on to be released in subsequent cover versions by some pretty iconic musicians themselves, including The Carpenters and The Dave Clark Five.

The Youngbloods’ version of Get Together‘ made it onto the Hot 100 chart and onto the Adult Contemporary Chart in the U.S. It really gained its nowadays-popularity though after it was chosen for a radio commercial by the National Conference of Christians and Jews.

Listen to The Youngbloods’ ‘Get Together‘ as played on Supernatural this week in the video below. You can also hear it on their lovely debut album in the player below that.

The series finale of Supernatural starring Jensen Ackles and Jared Padalecki will air on The CW on November 19th, 2020. Yes, that incredibly sad day will soon be upon us.