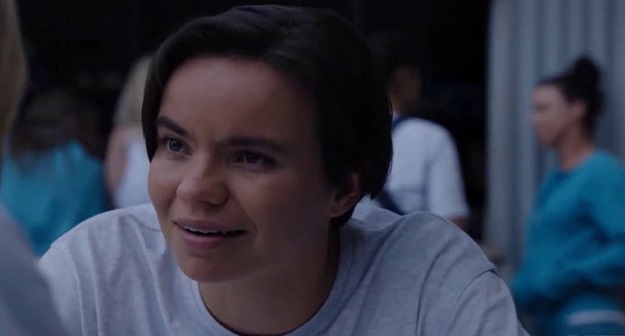 Aboriginal Australian singer songwriter Thelma Plum’s ‘These Days‘ was one of the songs played on the second half of Season 8 of the Aussie prison drama Wentworth last night — Wentworth, Season 8, Episode 11, “Rogue“.

The lovely guitar-laden song was played at the end of the episode during the devastating scenes where Allie is in the shower crying, and as Sheila garrotes Reb with a spoon.

Thelma Plum’s ‘These Days‘ is a cover version of the original 1999 song performed by Aussie alternative rock band Powderfinger.

It was a track Plum loved as a child, and so commented she was happy to record her own version as an adult.

Previous to that she had already recorded and released two EPs, eight singles and then subsequently released three singles from her debut album.

With much of Australia in an extended lockdown due to the Australian government’s insane panic over Covid-19, it may be a while though before we hear more new music from this talented Aussie artist.

Listen to Thelma Plum’s ‘These Days‘ as heard on last night’s Wentworth in the video below.

Sadly, the second half of Season 8 of Wentworth will be its last.