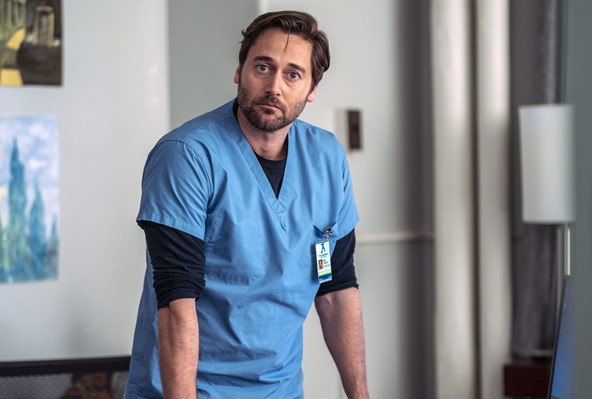 The American indie band Thirdstory’s ‘Grows Old’ was played on the soundtrack of the new episode of New Amsterdam last night — New Amsterdam, Season 3, Episode 4, “This Is All I Need“.

The track was heard during the montage as Max is packing away Georgia’s things and then makes a play area for Luna, as Floyd wakes up in the room he had as a boy, and as Helen wakes up and kisses Cassian.

Thirdstory’s lovely and mellow song ‘Grows Old‘ is from the band’s Searching EP, which was released in 2016 via The Verve Music Group.

Thirdstory itself was founded in early 2014 and comprised singer-songwriters Elliott Skinner, Ben Lusher, and Richard Saunders.

The band sadly disbanded in early 2019 after releasing their debut studio album the year previous.

The announcement at the time simply said the members had decided to go in different directions with their careers as they wanted to work on different solo projects.

Listen to Thirdstory’s ‘Grows Old‘ as heard on New Amsterdam this week in both the video and music player below.

A pity they are no longer making music together, as this song is lovely.