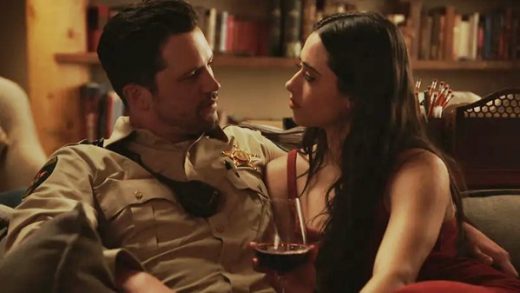 TLC’s ‘Creep‘ was released in 1994 as the lead single from their sophomore studio album CrazySexyCool, which came out on the LaFace and the Arista record labels.


The song was written from the perspective of member T-Boz’s experiences of being in a relationship tainted by infidelity.

‘Creep‘ also has a music video that featured the women in the group cheating on their lovers as a reaction to that infidelity.

The track was both commercially successful and critically acclaimed upon release.

It charted in 13 countries, but was a massive success in the United States where it hit #1 on four charts, including the top spot on the coveted Billboard Hot 100 chart.

‘Creep‘ was ultimately certified Platinum in the U.S., Silver in the UK and Gold in Canada and New Zealand, and went on to become one of TLC’s most successful releases ever.

The following year, ‘Creep’ was awarded a Grammy Award for Best R&B Performance by a Duo or Group.

Listen to TLC’s ‘Creep‘ from last night’s Roswell, New Mexico in the group’s music video for the song, and on their CrazySexyCool album.

Almost 30 years after its release, and it is still a helluva cool track.