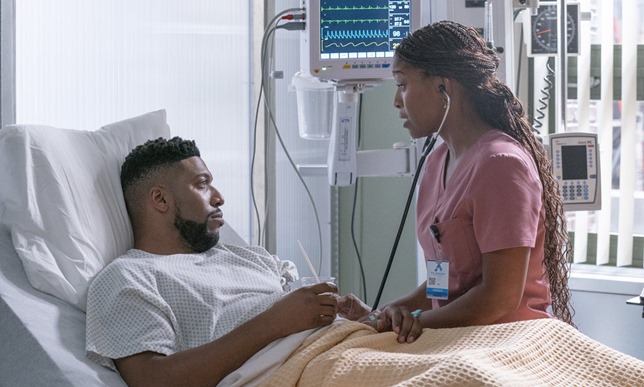 The slow, touching song was played during the montage as Flores is operating on Reynolds, Bloom is delivering a baby, Yamadi is doing Wilder’s hand surgery and Max receives his diagnosis.


Tom Odell’s ‘Heal’ is from the singer’s debut studio album Long Way Down, which came out in June, 2013 on the Columbia label.

The 10-track album spawned four singles, although ‘Heal’ was not one of them, and hit #1 on the UK Albums chart, as well as #1 on the Scottish and Dutch Albums charts.

It also charted in 12 other countries, including the United States, France and Germany, and put Odell on the map to becoming one of the most successful British singers in recent years.

Odell himself has released two EPs and four albums with his fifth, Best Day of My Life, due out at the end of this month.

In 2014, the singer won the Ivor Novello Award for Songwriter of the Year due to the huge success of Long Way Down.

Listen to Tom Odell’s ‘Heal‘ as heard on last night’s New Amsterdam on his Long Way Down album, and in the video.

You can also hear more songs from various seasons of New Amsterdam here on Leo Sigh.