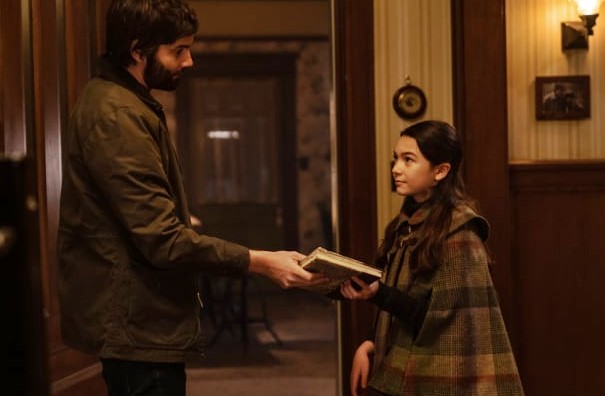 The late American singer songwriter and musician Tom Petty’s ‘I Won’t Back Down’ was featured on Home Before Dark last night — Home Before Dark, Season 2, Episode 10, “The Smoking Gun“.

The song was heard right at the end of the episode, as Hilde finds a post on the bulletin board and takes it to the club house to show her friends.

When she gets there, the radio announces police are down at the dock, and the song continues to play over the end credits.

Tom Petty’s ‘I Won’t Back Down‘ was the lead single from the singer’s first solo studio album — Full Moon Fever — which was released in early 1989 via the MCA record label.

The song was a hit for Petty, charting in six countries, the UK, the United States (on three charts), New Zealand, Canada, Australia and West Germany. It was also certified Silver in the United Kingdom.

In early 2015, Tom Petty and co-writer Jeff Lynne were named as co-writers of Sam Smith’s ‘Stay With Me‘ after it was deemed Smith’s song was very similar to ‘I Won’t Back Down‘.

Tom Petty released three solo albums, 13 albums with his band Tom Petty and the Heartbreakers, and two albums as part of the supergroup Traveling Wilburs,

There were also three albums released posthumously after Petty tragically died in late 2017 after an accidental drug overdose.

Listen to Tom Petty’s ‘I Won’t Back Down‘ from Home Before Dark on his album Full Moon Fever and in the song’s official music video.