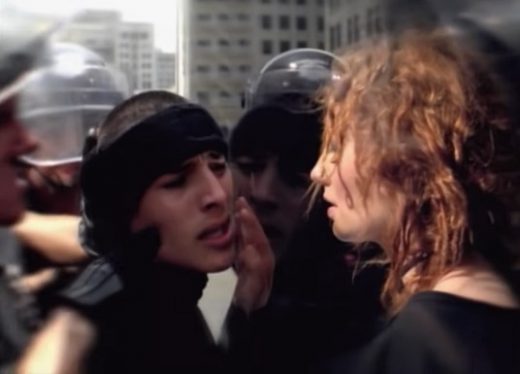 The track was played as Imogen is holding her baby, remembers being with her mother as a child, and then visits her mother’s grave with everyone else.


Tori Amos’ ‘1000 Oceans‘ was released on the singer’s 16th studio album Ocean to Ocean, which came out in late 2021 on the Decca record label.

The song itself is melancholic, but so beautiful and sweet.

The ‘1000 Oceans‘ music video has Amos in a glass cube while people walking past on the street outside stop and stare, and then try to interact with her.

As it continues, riots break out and police arrest protesters who are pushed up against the cube, and this time it is Amos who attempts to interact with them.

The video ends with the singer lying down in the box as people continue to pass on the street in front of her.

As for Ocean to Ocean, the album started out as a completely different record with all different songs but, after Amos realized she was dissatisfied with the songs and the album as a whole, she rewrote everything while she was staying in Cornwall during the Covid lockdown b.s.

Upon release, the album received critical acclaim, and went on to chart in 12 countries.

Listen to Tori Amos’ ‘1000 Oceans’ as heard on Pretty Little Liars: Original Sin in the song’s music video, and on her Ocean to Ocean album.

It really is a touching song.