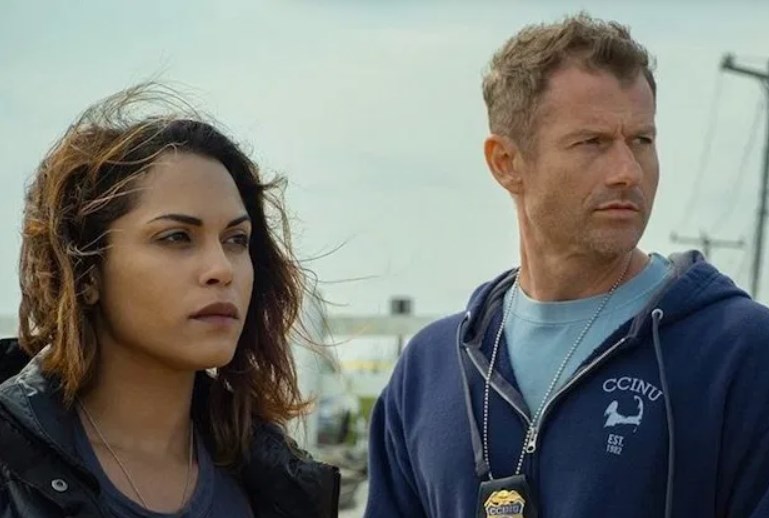 The track was the one playing over the end credits.


Forsyth’s ‘Be Here‘ was released in 2019 on the Universal Music Australia record label. The song itself has a harder feel and is much more rock-infused then many of her previous more folk and country-style tracks and has a cool guitar riff.

Not a bad change though, especially as ‘Be Here‘ also has an addictive beat, superb vocals and is a high energy song that is killer to dance to.

‘Be Here‘ is the first release from Forsyth’s upcoming sophomore studio album. The album is being produced by Shane Nicholson and is currently still in the studio stage.

The series has an unusual premise as it follows a National Marine Fisheries Agent (played by Monica Raymund) who is a lesbian and spends most of her time pulling girls.

Until, of course, her life and her job become a lot more serious when she finds a dead body. A body that is likely connected to the area’s thriving heroin trade.

Listen to Tori Forsyth’s ‘Be Here’ from Hightown in that rocking song’s official music video below.  You can hear more of the Australian singer songwriter’s music on Spotify.