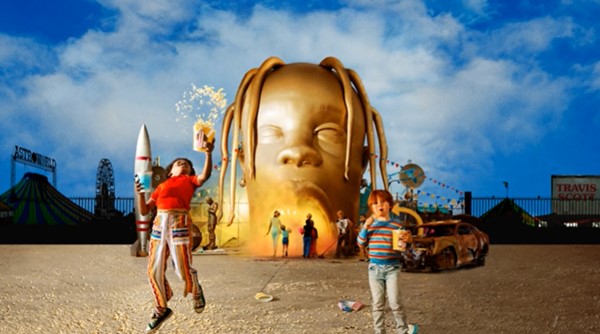 American rapper and producer Travis Scott’s ‘Stargazing‘ was the cool song playing on the new Netflix series Maid as Alex has a flashback to being at a bonfire with Sean and her friends — Maid, Season 1, Episode 1, “Dollar Store“.

Scott’s ‘Stargazing‘ is from the rapper’s third studio album Astroworld, which was released in 2018 via the Cactus Jack, Grand Hustle and Epic record labels.

The hip hop psychedelic rap album is one of Scott’s most successful, making it to #1 in an astounding 11 countries, and charting in the top spot in the U.S. on both the Billboard 200 chart and the Top R&B/Hip Hop Albums chart.

Astroworld won Album of the Year at the BET Hip Hop Awards, and was also nominated for a Grammy Award for Best Rap Album.

Travis Scott’s ‘Stargazing‘ also performed well in Australia and the United Kingdom, hitting the #10 spot down under while making it to #15 in the UK.

Listen to Travis Scott’s ‘Stargazing‘ as heard on Maid in the video, and on his Astroworld album.

The song itself talks about an experience while doing psychedelic drugs, although Scott himself admits he doesn’t even drink that much, let alone do hard drugs, as he thinks doing that is crazy.

The first season of Maid is critically acclaimed. The drama series is currently streaming on Netflix.