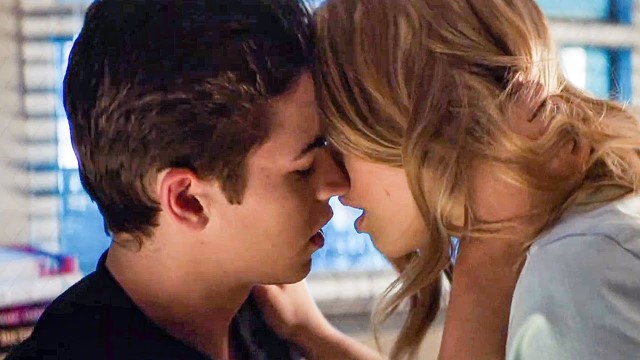 British indie singer songwriter Ulysses Wells’ ‘Back with the People‘ is one of the stellar tracks featured on the new movie After We Collided — a movie already released here in Europe weeks ago, but not due to hit cinemas in the U.S. for another month.

‘Back with the People‘ is that rocking song with a cool, gritty guitar that was played during the scene where Hardin gets a tattoo.

Wells’ ‘Back with the People‘ was originally released in January, 2019 via Big Indie Records.

The track got an official music video a few months later that has Wells playing guitar, and singing about how he’s done with his regular boring life.

He’s now “got wind in his sails” and so shit is about to change.

Meanwhile, that wind in his sails has obviously helped Wells release his debut EP today.

Called Can’t Take It Much Longer, and hitting shelves via his new label Du Monde Records, it is one of a series of EPs the singer plans to release in coming months.

EPs he wrote during lockdown in a shed — apparently.

Listen to Ulysses Wells’ ‘Back with the People‘ in the official music video below, along with a superb live performance of the track below that.

You can also give it a listen in the Spotify player way down at the bottom, along with the title track of his debut EP down there too.

Personally, I love his sound and his voice. Gritty, bluesy and really cool.

I’m also guessing, once After We Collided finally opens in the U.S., he will be getting even more attention for his work than he already has.

As for the film, it will be getting two more sequels — After We Fell and After Ever Happy — so the story of Hardin and Tessa ain’t over yet.