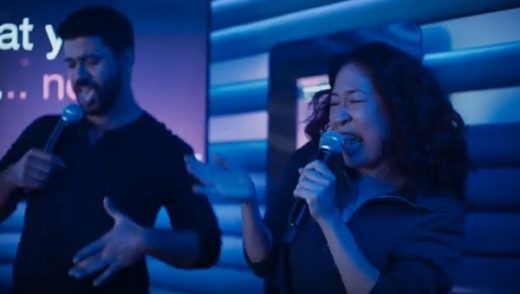 The track is one of several songs Unloved had featured on yesterday’s episode of the show.


Not surprisingly really, as many songs from the trio have been featured on the show since its very first season.

Unloved, by the way, is Jade Vincent, Keefus Ciancia and musician David Holmes. A trio of musicians who have been together since they formed the group in 2015.

They currently have two full-length studio albums out, and several EPs, with Unloved’s ‘La La La‘ being from both their 2016 album Guilty of Love and their EP This is the Time.

Listen to Unloved’s ‘La La La‘ from last night’s Killing Eve in the video, and on their Guilty of Love album.

The song has been played on the Killing Eve soundtrack at least eight times so far, so long-time fans of the show will be very familiar with it by now.