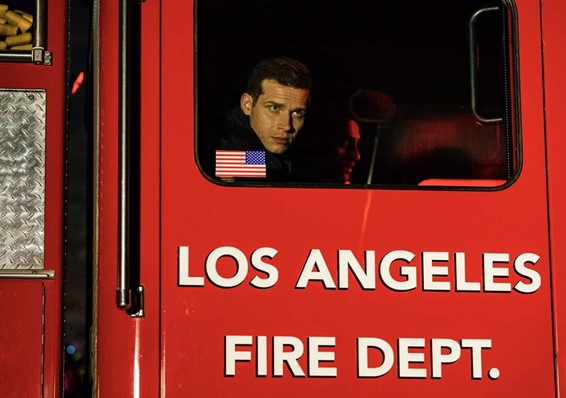 Cameroonian-American singer songwriter and producer Vagabon’s ‘Every Woman‘ was one of the excellent tracks featured on the soundtrack of 9-1-1 last night — 9-1-1, Season 5, Episode 7,”Ghost Stories“.

The song was played as Buck is confronting Taylor about her work.

Vagabon’s ‘Every Woman‘ is from the singer’s self-titled sophomore studio album, which came out in late 2019 via Nonesuch Records.

Soon after release, the album was placed on several high-profile ‘Best of…’ lists for that year, including at NPR and Under the Radar.

It was an album Vagabon herself talked about as being on the subject of ’empowerment’, and especially her own personal empowerment and self-acceptance.

The gorgeous guitar-laden song ‘Every Woman‘ is about women being able to be ‘enough’ just by being themselves, and by supporting other women:

I belong to no one
You tried hard to be mine
I won’t ask permission from you
We reserve the right to be full
When we’re on our own
No, not alone

Listen to Vagabon’s ‘Every Woman‘ as heard on 9-1-1 last  night in the song’s music video, and on her second album.

It is one of a number of Vagabon songs that have been gaining well-deserved attention from music supervisors of a slew of shows recently.

With how beautiful her work is, that is likely to continue well into the future.